If you plan to buy a new car this year- you may want to make it sooner rather than later. After April all new cars will be subject to increased road tax- and a new flat rate of at least £140 will apply for the first year. Tax could increase by up to 9 times over the next 3 years as increased rates are rolled out. Some cars already have a high first year rate, meaning that over time the increases will be less pronounced- but all cars will end up paying more.

Those who buy a SEAT Alhambra, for example, will experience the lowest proportionate rise, at only 10%, but this is due to the current, higher first year tax band and moderate third year rate of £480.

Meanwhile, if your new car costs over £40,000, you will also be required to pay a supplementary tax of £310 in addition to the increased first-year tax rate. In the short term your prospects benefit far more from buying a car before April if you plan to spend that much. The goal of the new road tax plan is to deliver increased government revenues by closing the existing tax bands protecting environmentally friendly family cars- meaning only a handful of SUVs and luxury models, as well as some zero emissions vehicles, come out unscathed from the new tax rises.

There are also changes to how you sell your car. The onus will now be on the seller to seek a refund of road tax- instead of the bill simply passing over to the new owner. Whoever buys the car will be required to re-tax the car. Not only that, the new tax starts the beginning of the month the car was sold, while the old tax ends the start of the following month- so drivers will end up paying an extra month in tax. 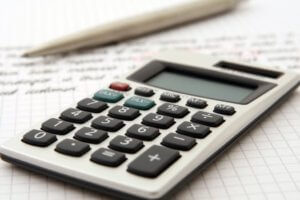 Walker Cutting is Rotherham’s top car repair & servicing centre, providing far cheaper manufacturer servicing even than the best main dealer workshops. Our high quality car repair comes with just 33% the labour costs of franchised dealers without affecting your warranty. We use original quality parts and the most experienced mechanics in the area to ensure your car is repaired to the highest possible standard. We’ve won awards for customer service and always put the customer at the centre of everything we do- to get you back on the road as safely, quickly and professionally as possible.