The relentless onward march of technology often produces as many misses as hits. The pressure on manufacturers to impress with space-age on board tech has never been higher, yet this often forces some questionable choices onto the final product- when they should really have stayed on the drawing board.

Arguably pointless and pretty expensive, moisture-activated wipers typify the ‘gadgets for the sake of gadgets’ approach favoured by car makers competing for what’s seen an increasingly tech-obsessed public. Whether it’s what consumers want or not, cars that don’t need you to tell you if there’s water on your windscreen are apparently here to stay- with an extra few hundred on your bill for the privilege. Simply producing a more accessible wiper control apparently didn’t showcase enough digital bling for the designers. Still, at least they are an ostensibly helpful- if over engineered- feature.

If there’s one thing we wish other drivers could do more easily, it might be to see more of the road, avoid distraction better, brake faster, or perhaps be more aware of speed & control. It’s fairly certain that our fellow road users’ ability to drive while casually checking twitter or facebook isn’t on most people’s lists. Unfortunately, that’s the sort of tech the guy driving the brand new SUV coming up your tail at 70mph probably has to look at instead of you.

Public tolerance for using phones at the wheel has rightly dwindled in recent years- yet car manufacturers have responded by finding new ways we can scratch the digital itch without technically using a mobile. Responsible drivers (and most normal humans) can survive the duration of a journey without checking their instagram likes- or at least we learn to pull over if there’s something urgent to look up.  Having your car plugged into social media seems like great way to prolong an otherwise declining road safety issue for the sake of selling a few cars- in our opinion, people should know better.

Using new technology to solve problems that aren’t there is a consistent theme in the history of ‘style over substance’ design duds. Eager to load up on as much sci-fi tech as possible, the designers lose perspective and instead bury their customers in unnecessary gizmos that serve no real purpose but sound great- and offer plenty of chances to upsell.

As one reviewer of this glossy gimmick claimed- ‘if you need this, you shouldn’t be on the road’. While this at least has the potential to improve peoples’ driving, and maybe, just maybe, prevent and accident, it’s hard to see how this doesn’t enable poor driving. That said, if in a few years all cars have facebook rigged up to the dashboard- we’d probably rather this came as standard too.

This is a broad section- and not exactly new. Touch screens have been appearing in cars since the 1980s, but while they offer a stylish way to navigate the (generally) necessary functions of an on-board computer- navigation, radio, etc, it does seem a little like modern manufacturers are feeling pressured to add more bells and whistles to their on board computers than are strictly sensible, or necessary. Famously had to use and prone to problems, these confusing systems are no running better than ever- yet it’s what they’re running that’s become the problem. Unlike your headlights, wipers, or horn- which all operate on instinctively-positioned stalks or pressure sensors- a touch screen is hard to operate without taking your eyes off the road. Despite this obvious drawback, car makers seem convinced making your car as much like your smartphone as possible is the only way to remain a serious competitor. Anything that leaves you less able to see the road ahead would be bad enough- yet increased interface between the computer and the engine has also led to cases of car thieves hacking into and stealing cars.

Just as a touch screen increases distraction, so does hands-free. The number of phone or voice-controlled apps for your car keeps increasing- with instant messaging by voice just one feature taking off for drivers. It’s not just about taking phone calls- sending texts or searching Google can now be done using only the driver’s voice. Near-universal smartphones and the now vast app marketplace mean car or phone manufacturers no longer have a monopoly on in-car tech: what effect the unchecked development of thousands of untested in-car apps has on safety remains to be seen. Road safety experts have unequivocally stated over and over again that using hands-free lessens your focus on the road. However while fewer and fewer people find it acceptable to use a mobile while driving, the marketplace for apps and gadgets that let you perform the same jobs with only your voice seems to be growing- hampering the improvements to road safety many have worked hard for.

Walker Cutting is Rotherham’s top car repair service, proud to stand out for value and quality. Whether it’s MOTs, servicing or diagnostics, through to advanced van or car repair using Bosch-made, manufacturer quality parts, our team of experienced professional mechanics are always happy to go the extra mile to keep you on the road. Talk to us today or read through some of car repair customers’ reviews to learn more about how we can help you. 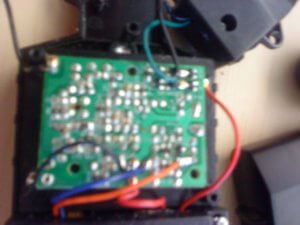