A History of Mercedes Benz

A History of Mercedes Benz

The Mercedes logo is an icon of motor history- from the earliest cars to the modern day engineering behemoth dominating the roads today. It’s also one of the German brands that Walker Cutting is proud to service: as Bosch-accredited specialists we deliver second-to-none German car care, without the cost of a brand mechanic or showroom.

The legend of Mercedes started with a man named Carl Benz. Born in 1844, Benz pioneered the creation of the world’s first car to be powered by petrol- the 1886 Benz Patent Motorwagen (top speed 8mph). Bertha Benz was also involved in this pioneering product through means of financing the ambitious project, as well as completing the first, 66 mile journey in 1888.

The Benz automobile wasn’t brought on to the market until 1901, at which time it was marketed by Daimler Motors Corporation. The original Mercedes in 1901 boasted an impressive 35hp. This 35hp seems laughable now when you compare it to a model such as the AMG A 45 that offers a horse 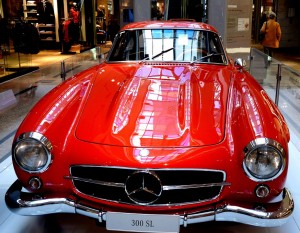 Rolling forward into the 1930s, Mercedes-benz were known for producing the 770 model. Those models that survived were sold at auctions to private buyers. Another famed connection was the Pontif’s car, the famous ‘Pope-mobile’, often being produced by Mercedes Benz.

No one can deny the prestigious place that Mercedes have made for themselves in the world of motoring. Amongst such competition they’re still able to be in no denial over the fact that they are and no doubt will be for many years to come, a major player. Whatever the future of this giant of motoring holds, Walker Cutting will continue to provide cutting edge car care and specialist MOTs to these impressive examples of car engineering.