Horsepower: What Does it Mean?

Horsepower: What Does it Mean?

Funnily enough, horse power is quite literally a comparison to a horse. The term was first used by James Watt when he was attempting to prove the effectiveness of his steam engine, compared to the horses he aimed to replace. Watt claimed that 1 horsepower as a measure was equivalent to one horse lifting 33,000 over one foot in one minute, with the force of earth’s gravity… Still following?

When applied to cars, it has to be altered to brake-horsepower (bHP). This is so a vehicle’s energy loss due to friction is taken into account. However standard horse power often takes this into account so they’re mostly the same measurement, it’s just someone trying to doing as though they know what they’re talking about.

Luckily the measurement has been refined somewhat and now 1 horsepower is equivalent to around 550 foot-pounds per second, this is also similar to 750 watts.

The first car in Britain to use its horsepower to exceed 100mph was the Vauxhall 30-93. This particular car developed 90bhp, impressive for its time and weight. Brooklands raceway was the venue for the record and allowed Britain to show the world that they know how to use horsepower. 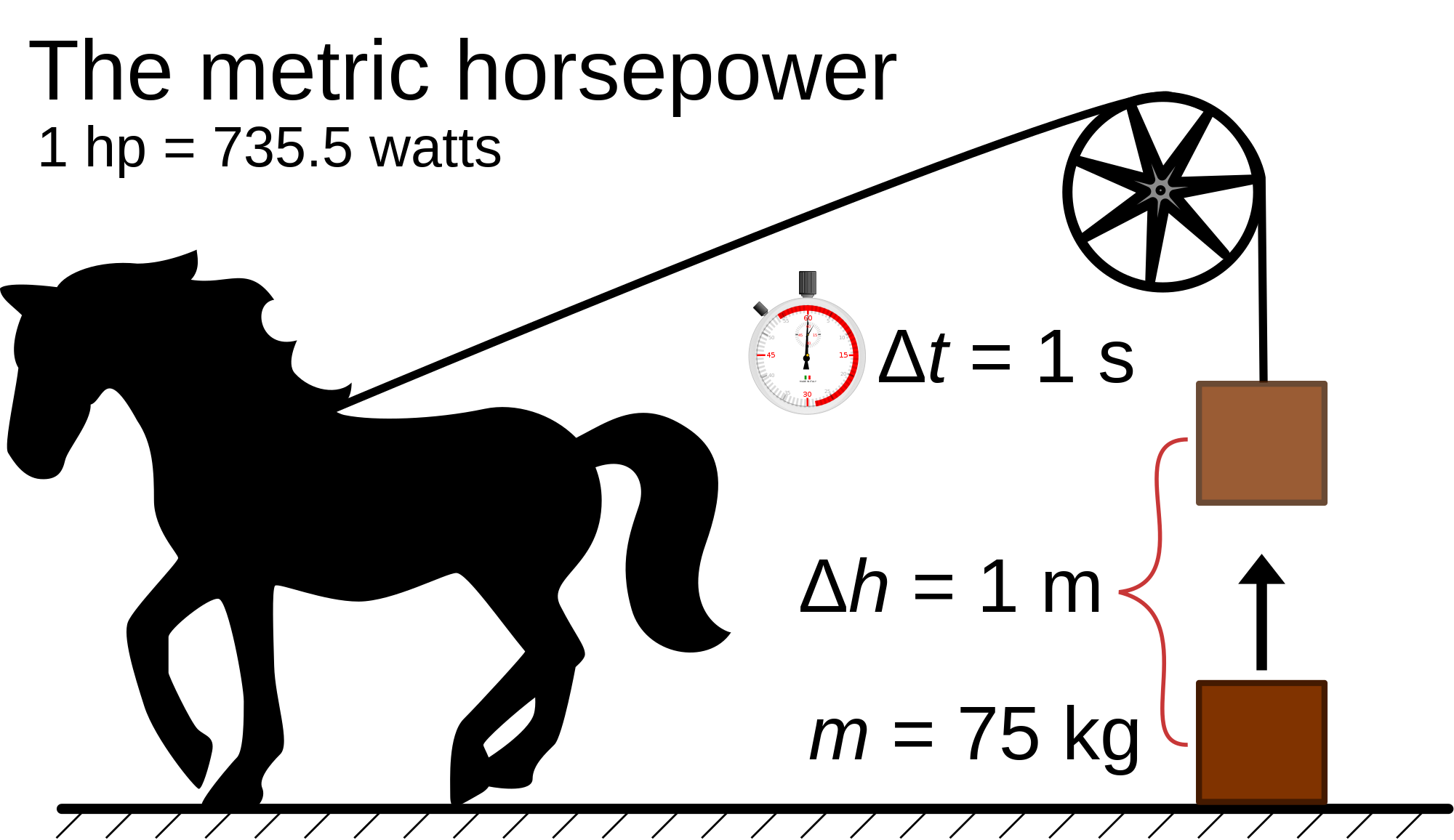